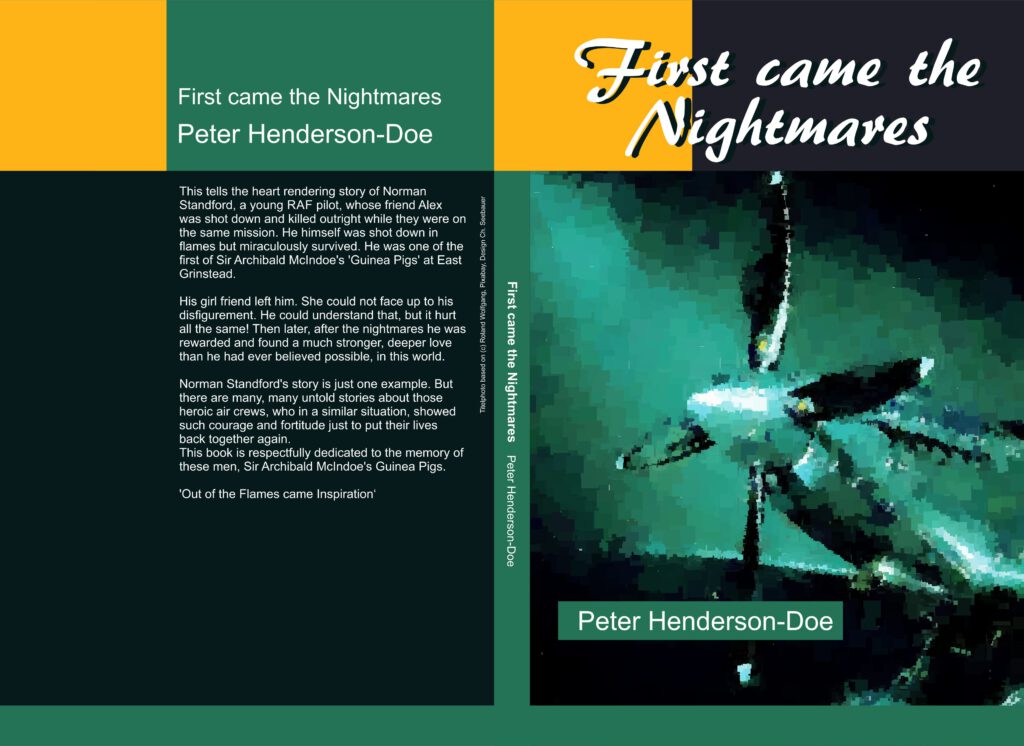 This tells the heart rendering story of Norman Standford, a young RAF pilot, whose friend Alex was shot down and killed outright while they were on the same mission. He himself was shot down in flames but miraculously survived. He was one of the first of Sir Archibald McIndoe’s ‚Guinea Pigs‘ at East Grinstead.

His girl friend left him. She could not face up to his disfigurement. He could understand that, but it hurt all the same! Then later, after the nightmares he was rewarded and found a much stronger, deeper love than he had ever believed possible, in this world.

Norman Standford’s story is just one example. But there are many, many untold stories about those heroic air crews, who in a similar situation, showed such courage and fortitude just to put their lives back together again.

This book is respectfully dedicated to the memory of these men, Sir Archibald McIndoe’s Guinea Pigs.

‚Out of the Flames came Inspiration‘